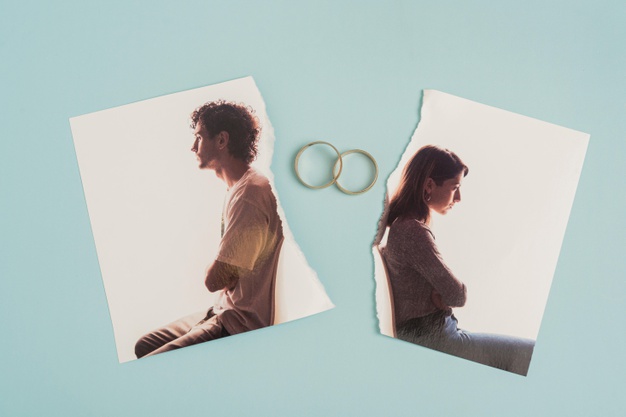 The issue of divorce unilaterally often arises when one of the spouses does not want to divorce “in a good way” or does not get in touch at all and it is not known where he is. In such cases, the only way is to divorce the court unilaterally.

Divorce without consent in Ukraine does not require large costs and a lot of time, and therefore very often couples choose the same option. In addition, Ukrainian law is loyal to cases where the party is a foreigner. The convenience is that the trial is possible both without the participation of a foreigner and in the case of filing his notarized consent for divorce unilaterally in Ukraine. It is possible to dissolve a marriage in Ukraine even if both parties are abroad, in which case such an action should be taken through a lawyer, sending him a power of attorney to represent him in court. In each of the above ways, it is better to consult a family lawyer, because in practice there are many pitfalls that can completely “overwhelm” the case.

How to file for divorce unilaterally?

The first thing to do is to prepare a statement of claim in court. This issue should be treated responsibly, because a positive decision in the case directly depends on a properly filed lawsuit. After paying the court fee, the claim must be filed in court at the location of the defendant. If everything is presented correctly and after examining the arguments in the lawsuit, the court will come to the conclusion that it is expedient to consider the case – a decision is made to open proceedings with the date and place of the hearing. If the court finds obvious shortcomings, it leaves the claim without action or refuses to consider the case at all. The lawsuit is filed in 3 ways: directly to the court office, by registered mail, through the service “Electronic Court”. The choice of the best solution to your problem should be left to lawyers, because each case is inherently unique and it is better to entrust it to a competent person.

If you have children, you may have only one option – to go to court with a statement. It is important in this case to obtain the consent of the husband regarding the place of residence of the children. The application together with passport documents and a document confirming the marriage is submitted to the court. After the expiration of 2-3 months (actual term), the court decides on the dissolution of the marriage, which terminates the marriage on the same day, provided that the application is not withdrawn during this period. At the same time, it should be borne in mind that the court will establish the place of consideration of the case on the basis of an international agreement with Ukraine, if such is concluded with a foreign state. In his absence, the court will decide where the dispute should be heard, based on your last joint residence, if any of you still live in Ukraine.

However, there are situations when a spouse does not get in touch during a divorce and avoids a peaceful divorce. If the party to the marriage is a foreign national and he left for his country leaving his wife / husband with children, then the court is obliged to dissolve the marriage unilaterally by determining the place of residence of the children. It is important to remember that Ukraine has been a party to the Convention on the International Recovery of Child Support since 2013, which clearly provides for a mechanism of cooperation between states on the impossibility of avoiding the payment of child support or other child support.

How to quickly divorce unilaterally through the registry office

A fairly acceptable option for a quick divorce unilaterally is the registry office. The question arises, how can a marriage be terminated if one of the spouses is not in Ukraine at the time of applying to the Registry Office? Quite simply, but in any case it is necessary to express the will in the form of consent of the spouses who do not exist. Such consent is notarized by filling in its part of the application for divorce. The other spouse may submit documents on behalf of one of the spouses, provided that the person is unable to submit them due to a valid reason and the authenticity of the signature on the application submitted by him will be notarized or equated to it. This format is quite convenient, because there are cases when a foreigner is ready to terminate the marriage, but does not have the opportunity to come to Ukraine and do so. In this case, it is necessary to notarize the application filled in by a foreign notary or an entity equated to him, affix an apostille (legalization) and translate it into Ukrainian. If there is no will – through the registry office will not be able to divorce. In this case, there is only an option with the court. The certificate of termination is issued after one month from the date of its submission. If a foreigner needs a copy of such a certificate, he can apply to the embassies of Ukraine abroad with a request to obtain such a document.

Divorce through the court unilaterally without going to court

There are often cases when married couples want to file for divorce unilaterally without a physical presence in court, ie without intersecting in such a stressful situation. This can be done in 2 ways: through a representative in court (lawyer) or by setting out as much as possible his position in the lawsuit and filing a motion for consideration of the case without the participation of the relevant party. The second option is very risky, because you can very easily lose the case, or not even start a trial. To achieve the most positive result for you, in these two cases, we recommend that you consult a qualified lawyer.