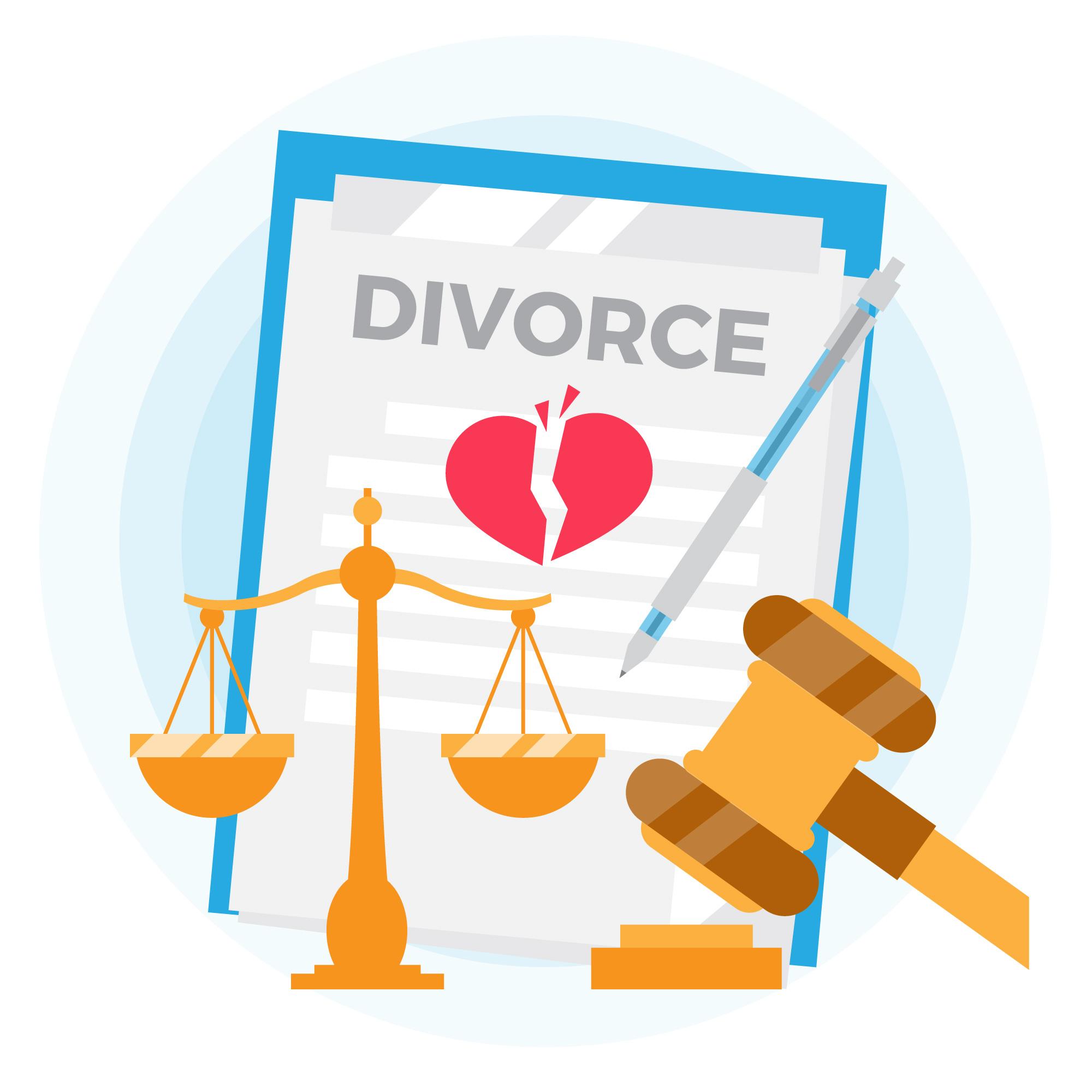 The termination of marital relations in Ukraine may differ significantly in each individual case. In general, the termination of a marriage in Ukraine is a quick and low-cost procedure (in comparison with other countries). Every 10 marriages in Ukraine is concluded with foreigners, accordingly, this fact gives rise to the number of divorces with their participation. In this regard, the law grants spouses the right to dissolve a marriage by joint application, when both parties agree to carry out this procedure. Often there are situations when the spouses have not reached an agreement to end the marriage or, say, someone does not want to dissolve the family ties or the whereabouts of the husband / wife are unknown. If you have any difficulties, you need to contact a good divorce lawyer, as there is a need to initiate court proceedings by filing a statement of claim.

Methods of dissolution of marriage with a foreigner with the help of a family lawyer.

There are two ways to get a divorce: through the court or through the civil status registration body (registry office). The choice of a specific method directly depends on your situation and the presence of a conflict with your husband. For example, if you have children or common property that belongs to the right of common joint ownership in such a situation, you should immediately go to court. It is possible to divide property during the divorce proceedings, and it is also possible to file a claim immediately after a divorce claim. When the situation is the opposite, you need to contact the registry office. Sometimes there are more difficult situations, for example, if the party to the marriage is a foreigner or stateless person. The difficulty lies in the fact that a foreigner can stay in Ukraine in different statuses, he can have a temporary residence permit, a permanent residence permit, or a foreigner arrived in Ukraine as a tourist for no more than 90 days. The appeal to justice in each case has its own characteristics which should be found out from a qualified divorce lawyer. The cost of your mistake can be worth much more than the work of a good divorce lawyer.

In the first case, a couple who do not have children, both are in Ukraine and agree to divorce in Ukraine, apply to the local registry office. Despite the simplicity of this procedure, there are many pitfalls that can negatively affect the outcome of a divorce. In this case, we recommend you to contact a good divorce lawyer. In the second case, the spouse who has children, or one of them does not approve the divorce or its location is unknown, it is necessary to apply to the court. Both options are quite effective, as the Registry Office and the court terminate the marriage during one month after the submission of documents. Choosing a specific option directly depends on your situation. In other cases, when there is no compromise, it is necessary to go to court with a statement of claim. Given that such legal relations are complicated by a foreign element, the court must determine which country’s law will apply to them. Most often, the rule provided for in the bilateral agreement of Ukraine with a foreign state is taken into account. In the absence of such an agreement, the court often applies the rule of the state where the spouses resided last time, if one of the parties still resides there. Thus, the case can be considered both in Ukraine and in the country of the foreigner, and therefore consultation of lawyers will help you to understand whether it is necessary to begin the process in the territory of this or that country. Courts often misinterpret the provisions of laws where a foreign element is present, which in turn leads to certain negative and undesirable results. A timely appeal to a family dispute lawyer is a guarantee of a positive decision in your favor.

Do I need a divorce lawyer to file documents through the registry office?

In order to start the divorce registration procedure at the Registry Office, a couple who does not have children submits the following documents:

The Registry Office carries out registration actions after one month from the date of submission of these documents in the presence of at least one of the spouses, if no one withdraws the application. On the day appointed for you, the registry office department issues a Certificate of Divorce, without affixing a stamp in the passport. It seems that everything should be quite simple, but there are situations when a foreigner is abroad but agrees to divorce. In this case, you cannot act without a good lawyer in family disputes.

The cost of a divorce lawyer depends on the complexity of your case. There are situations when a foreign element is present in the case and the courts simply refuse to consider the case under the laws of Ukraine and refer it to a foreign court. The task of a divorce lawyer is to ensure that the court hears the case according to the rules of our state and orders on the divorce. It is important to correctly determine which court will hear your case. Applying to a divorce lawyer is a guarantee of a fast hearing and making a decision in your favor.

The decision of the court in this case is made based on the results of the case, which lasts no more than 60 days and is also sent to the registry office. If you do not know where one of the spouses is, the statement of claim indicates his last known place of residence or stay, where the court will take measures to search for him. If the foreigner cannot be found, the court will consider the case without him. In addition to the lawsuit, a marriage certificate, passport documents and a receipt for the payment of court fees are also submitted. The decision of the court on a joint application of persons is made at the same time as in the registry office, after which they are sent to the registry office department at the place of decision. The department enters the information in the register on the day of receipt of the decision and upon completion of the registration procedure you are issued a Certificate of Divorce.

How to get a free divorce lawyer consultation?

If your situation is unusual and difficult, the best option is to contact a family lawyer in Ukraine. By calling back, you will receive comprehensive information on divorce from a foreigner and a citizen of Ukraine.